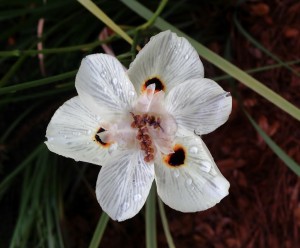 The husband and wife married in 1999, and each had children from prior marriages.  They had no children together.  When they divorced in 2006, the Goodells reached a settlement agreement in their Cobb County divorce resolving all issues of the marriage.  This settlement agreement was incorporated in the Final Judgment and Decree of Divorce.  This procedure is very typical of Georgia divorce cases, not only in Cobb County but throughout the state.

After the divorce, Wife remarried in 2008. Husband started making the alimony payments in accordance with their Cobb County alimony agreement which was incorporated into the Final Judgment and Decree of Divorce.  When Wife died in 2009, however, the former Husband stopped making the alimony payments.  The Wife’s estate filed a contempt of court action against the former Husband, saying he violated the Court’s order to pay Cobb County alimony per the terms of their agreement.  Husband argued that the alimony should stop upon her death since alimony normally ceases upon death.  The lawyer for Wife’s estate argued that the payments were part of the divorce property division and should continue until paid in full as if Wife had continued to live.  The judge agreed with the attorney for Wife’s estate and said the former husband had to continue to make the Cobb county alimony payments even though the former Wife was deceased.

On appeal, the Supreme Court of Georgia found that the former husband did have to continue making the alimony payments even though Wife had died.  The rationale for the Supreme Court’s decision was different from the Cobb County judge’s rationale, but the result was the same.  The Supreme Court said the settlement agreement of the Husband and Wife in the divorce was an enforceable contract between the parties, even if it agreed to terms that would not have been required by the Court.

Divorcing parties frequently agree for child support to continue past age eighteen, during the period when the child will be in college.  While this would not be required by law, the parties are free to reach such an agreement, and if they do it will be enforced by the Courts.

When Georgia couples are negotiating divorce settlement agreement terms, the wording of the agreement is very important.  Parties should think carefully before committing themselves to support terms beyond the period required by law, because circumstances may change.  In the Goodell v. Oliver case, the parties agreed that Husband would pay alimony for a specific period of time even if Wife remarried.  The possibility of her death was not mentioned.  The Supreme Court found that the contested payments did not appear to be typical alimony or property division payments, but nonetheless they were enforceable as a matter of contract.