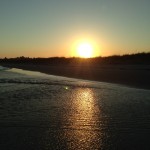 What if your ex NEVER should have custody of your child?  Georgia law provides that the surviving parent is entitled to custody when one parent dies.  O.C.G.A. Section 19-9-2.  However, the statute also says that the judge may exercise discretion and award custody of the child to someone else based on the child’s best interest and welfare.  Under what circumstances?

What if the dying custodial parent gives the child to third parties while still alive?  Case precedent says the surviving parent still has priority for custody upon the death of the custodial parent.   Unfitness must be established by clear and satisfactory proof, not merely that the child would have better financial, educational, or even moral advantages with third party custodian.  Would the children suffer physical or emotional harm if custody remained with the surviving parent?

What should you do if you are terminally ill and know that your child’s other parent is unfit to have custody if you die?  The best solution would be to file a petition with the court prior to your death in order to allow the court to consider the present unfitness of the parent likely to survive – and ask the court to award custody (perhaps joint custody pending your death) to a relative or other third party based on clear and convincing evidence that the other parent is not fit.  Otherwise, upon your death, the surviving parent would be the legal custodian by operation of law.

Is there anything else you can do to prevent this scenario from happening?  A recent Georgia Supreme Court case suggests a course of action.  Entrekin v. Friedman, 294 Ga. 429, decided January 21, 2014,  involved a situation where the father died, and members of his family took custody of the child and refused to give the child to the mother.  The mother brought a “habeas corpus” action in court asking for an order that the relative turn the child over to her.  Meanwhile, the father’s sister filed her own petition for custody of the child.  The trial judge denied the mom’s habeas corpus petition and awarded temporary custody of the minor child to the paternal aunt.  The mother appealed. 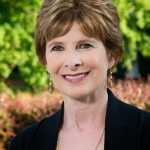 The Georgia Supreme Court affirmed the trial judge’s decision based on an interesting factual twist.  The Supreme Court agreed that the mother was entitled – at least presumptively – to custody of the child following the death of her former husband.  However, the existing custody order for the child awarded physical custody of the child to the father, and the existing parenting plan specifically addressed the possibility that the father might not survive until the child was grown.  The parenting plan entered by the parties as part of their divorce expressed the “desire of the parents” that the paternal aunt of the child have physical custody in the event the father died.  That parenting plan had been approved by the Court and made a part of the final decree of divorce between the parties!

The presumption that a surviving parent is entitled to custody can be overcome by clear and convincing evidence that the surviving parent is unfit.  In the Entrekin case, the trial court found that the mother was unfit to be the child’s custodian.  The evidence was that the mom had struggled with alcohol and prescription drug addiction, had been convicted of DUI, had endangered children by driving under the influence, had violated her probation, and had recently taken prescription pain medication without telling her doctor she was a recovering addict. Under the divorce parenting plan, she had supervised visitation.  Even though the mom had access to the child’s school and medical records, she was unaware of the child’s special needs.  This was enough to establish clear and convincing evidence of her present unfitness to have custody.

What ideas can we take from this case?  First, if you are getting a divorce from someone who had serious addiction issues or any other issues that would warrant supervised visitation, consider a provision for third party custody in the event of your death as part of your divorce parenting plan.  (Even if you are perfectly healthy.)  If the plan is approved by the court and made the order of the court at the time of the divorce, that order would give the third party some legal standing to take immediate custody in the event of your untimely death.

If you are terminally ill, consider addressing the custody issue while you are still alive.  Even if you are too sick to go to Court, a guardian ad litem could be appointed for your child, and the third party relative could file the petition.

I have always advised my clients who have serious concerns about what happens to their child if they die to create an “if I die” packet of information for their relatives.  This packet could include copies of important evidence that you have collected over the years about the other parent’s unfitness.  This would give the third party hoping to be awarded custody a starting place for a court action.  Criminal information, facebook postings, recordings, correspondence, e-mails, and anything else you consider relevant could be included in your packet.  Think about what you know that would be helpful.  Think about who else knows this information and include names and contact information of witnesses.  For more information see here.

Finally, if you have relatives that you feel strongly should NEVER have custody of your child or be left alone with your child under any circumstances, you should address that also.  Last Wills and Testament often include provisions nominating a guardian for minor children in the event you are not survived by the other parent.  You can also specifically state in your Last Will and Testament that under no circumstances should a certain relative be awarded custody of your child or left alone with your child.  If there are unfitness reasons for your views, you may want to create a package of information as suggested in the paragraph just above detailing why.  The reason could be concerns about child abuse, sexual abuse, emotional abuse, addiction, or any other reason important to you.

These ideas are offered to provoke thought for those who have concerns.  Your specific situation should be addressed with an experienced lawyer who does family law and estate planning, either at Hindson & Melton or the lawyer of your choosing.  Thanks.