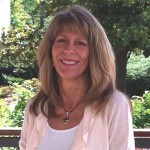 What is separate maintenance and how is it different than divorce?

There is a statute in Georgia which allows for a person to file a legal action which protects their legal rights to custody, visitation, support, use and possession of marital property.  Money awarded for the support of the spouse and children is called separate maintenance.  In Georgia, a “legal” state of separation means you are no longer engaging in marital relations and you consider yourself to be in an actual state of separation.  Failure to have marital relations in and of itself does not show conclusively a real separation.  A state of separation can be demonstrated by a trial separation, by living apart (whether in the same house or not) or a permanent separation.  The suspension of conjugal rights includes the company, cooperation, assistance, aid and intimacy of the other spouse.   But this is not a legal dissolution of the marriage and neither party may remarry by just being in a legal state of separation.

A divorce is a process for the legal dissolution of a marriage by a court.  Under Georgia, one of the parties must be living in the state and must have lived in the state for at least six months.  The parties must also be living in a state of separation to file.   Georgia is a no-fault divorce state and also recognizes 12 fault grounds for divorce.  Usually the divorce lawsuit is filed in the county where the marital residence is, where the spouse lives or possibly your own county if your spouse no longer lives within the state.

Which one is right for me?

Advantages to separating instead of divorce may include retaining health benefits, religious beliefs and the fact that a separation agreement may be converted to a divorce settlement agreement if a divorce is the ultimate decision.

There are procedural differences in filing for divorce and separate maintenance

1.            There is no six month residency requirement to file a suit for separate maintenance.

3.            For a separate maintenance action to be filed, there cannot be a pending action for divorce.

Similar to a divorce, a separate maintenance action may be contested or uncontested.  In an uncontested suit for separate maintenance, the parties work out an agreement regarding all issues such as alimony, child support, child custody and property division.  The parties do not ask the Judge to settle arguments between them but rather work things out by themselves (usually with attorneys).  In an uncontested case, the judge is only asked to approve the decisions the spouses have made together.

A contested suit for separate maintenance is one in which the parties cannot work out an agreement regarding all issues such as alimony, child support, child custody and property division.  The parties ask the judge to settle arguments between them and each will have to present evidence at a trial. This will probably require the discovery process which is a formal process of gathering evidence for use at trial.

Differences in the Agreements

Separation agreements which settle alimony , attorney’s fees, a division of marital property, personal assets, debts and child custody must satisfy the general requirements of contract law.  An agreement entered into by the parties may be enforced as a contract even if the agreement is not incorporated into a court decree. However, the parties may not prevent the court from reviewing and modifying such a contract with regards to support or custody of minor children.   The couple should anticipate that the separation agreement could later be incorporated into a final judgment and decree of divorce.

Divorce settlement agreements are also drafted to identify the spousal support, attorney’s fees, property, personal assets, debts, and child custody after the case is filed and the defendant is notified and served.  If an agreement cannot be reached between the parties, the matter will be decided by a Judge in Court.

The court has authority to grant temporary and permanent alimony in separate maintenance cases just as in divorce cases.  Generally, either party is entitled to separate maintenance and attorney’s  fees in cases of separation by mutual consent or where one spouse was forced to leave by reason of the other’s misconduct.

Permanent alimony may be granted in cases of divorce, voluntary separation or when one spouse against the will of that spouse is abandoned or driven off by the other spouse.

Minor children in Georgia are to be properly supported by parents who have never been married as well as parents who do not remain together.  This includes the maintenance, protection and education until the child reaches the age of majority, dies, marries or becomes emancipated, whichever first occurs.  The exception is in case of a court order that is further defined by the court.  In Georgia, the legal age of majority is 18. The parties may agree to support a child beyond the age of majority but the agreement must contain specific and unambiguous language to that effect.

Property awarded in a separate maintenance case becomes part of the separate estate of the party to whom it is awarded.  It is not later subject to equitable division in a divorce action.

The transfer of marital property that is prevented by the Georgia statute once a divorce has been filed does not apply for a separate maintenance action.  This can be very costly for the other spouse.  If the spouse conveys the marital property to a third party, there is potential recourse.  The spouse then has the right to join as a third party defendant any party to whom the other spouse has conveyed the property.

Final decrees, orders and judgment from the court in a separate maintenance case has the same effect and may be enforced identical to those in divorce cases.   Generally, a suit for separate maintenance is subject to dismissal upon the subsequent filing of a divorce action.

Seek the advice of a lawyer if:

1.  The case becomes contested and your spouse has a lawyer.

2.  You cannot find your spouse to serve him or her with your papers.

3.  You think you will have difficulty getting information and documents from your spouse regarding       income, retirement funds, etc.

4.  You think you are in danger of losing custody of your children.

5.  Even in a friendly separation, you should talk to a lawyer before you sign any settlement papers, reach an agreement, or file anything in Court.