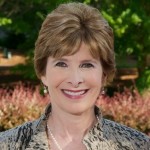 A stepparent adoption in Georgia was the subject of another Georgia appellate court decision on July 15, 2013.  In Ray v. Hann, a stepfather’s petition to adopt his stepchild was granted by the Superior Court, terminating the biological father’s parental rights at the same time.  The biological father appealed the adoption and also appealed a court’s denial of his petition to legitimate the child.  The Georgia Court of Appeals found that the trial court abused its discretion when it denied the biological father’s petition to legitimate the child.  The appeals court also sent the case back to the trial court for the court to make specific finding of fact and conclusions of law about the language in the statute that permits adoption without surrender of parental rights by the biological parent.

The birth facts and Acknowledgment of Paternity

When the child was born in May 2008,  the mother and father were not married, but the father was present at the child’s birth and both parents voluntarily signed a Paternity Acknowledgment form at the hospital.  The father was listed on the birth certificate and the child was given the father’s last name.  The mother did not rescind the Paternity Acknowledgment form she had signed within 60 days, so the acknowledgment resulted in a non-judicial, administrative legitimation of the child under OCGA 19-7-22(g)(2).  Several months later, the parents ended their relationship.

Mom marries stepfather and he files to adopt

The biological father appealed.  The Georgia appeals court ruled that the trial court abused its discretion when it denied the biological father’s legitimation petition filed with the Court because the child had been administratively legitimated by the earlier Acknowledgment of Paternity.  Further, the trial court failed to making specific findings explaining why, under the Georgia statute, it was terminating the father’s rights.

When can a stepparent adopt a child?

It is sometimes possible for a stepparent to adopt the stepchild, even if the child is legitimate.  One way is that the child’s parent can surrender his or her rights to the child for the purpose of enabling the stepparent to adopt (essentially a consent by the parent to the stepparent adoption - see OCGA 19-8-6(a)(1)).  Even if the parent does not surrender his or her rights, a Court can terminate the biological parent’s rights and grant the stepparent’s petition to adopt if the Court finds clear and convincing evidence that the parent: (a) abandoned the child; (b) failed to exercise proper parental care or control due to misconduct or inability (the law has specifics on this); or (c) for a period of one year or longer immediately prior to the filing of the petition for adoption, without justifiable cause, has significantly failed (1) to communicate or to make a bona fide attempt to communicate with that child in a meaningful, supportive, parental manner; or (2) to provide for the care and support of that child as required by law or judicial decree.  OCGA 19-8-10.

The stepparent must prove that the termination should happen

In the absence of a surrender of parental rights, Georgia courts have found that the stepparent seeking to adopt must prove that the termination of the parent’s rights is warranted – and this includes the stepparent showing the Court that there was not a justifiable cause for the parent’s failure to communicate with or support the child.  (The petitioning stepparent has the “burden of proof” on this issue.)  The logic is that the Due Process Clause of the Constitution gives parents important protections as parents that should not be terminated without clear and convincing evidence.  Once the stepparent has satisfied the Court on this question, the Court must also determine whether the proposed adoption is in the best interest of the child.  OCGA 19-8-10.

In the Ray v. Hann case, the Court found that the trial court failed to make specific factual findings and conclusions of law explaining the basis for their terminating Ray’s parental rights and finding that it was in the child’s best interest to approve the adoption.  The reason this is so important is that the statute OCGA 19-8-18 says the Court shall include appropriate (written) findings of fact and conclusions of law in the decree of adoption that explain how 19-8-10 is being applied.

The Court of Appeals did not say that the adoption of Ray’s child by Hann cannot ultimately happen, it just “vacated” the lower court’s termination of parental rights and sent the case back to the trial court for the judge to issue a new decree with specific findings of fact and conclusions of law.  So ultimately, Ray’s parental rights may still be terminated and stepfather Hann permitted to adopt the child.

Earlier in 2013, another stepparent adoption case was the subject of a Georgia appeals court decision.   With Georgia law providing for termination of parental rights of uninvolved, unsupportive parents, we can expect many more cases interpreting the laws on termination of parental rights in the context of stepparent adoption petitions.  For example, a number of cases already address the question of what constitutes justifiable cause for the failure to pay child support.  These cases are important to the success of the stepparent’s petition to adopt since the petitioner has the burden of proving by clear and convincing evidence that the parent did not have justifiable cause for the failure to support or communicate with the child.