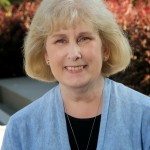 If you live in Georgia, I hope your answer to the question is, “A fully executed Georgia Advance Directive for Healthcare”.

I bet you didn’t expect that, did you?  When I experienced a motor vehicle accident, I learned the hard way the importance of having my Georgia Advance Directive for Healthcare at the scene of the wreck.  I didn’t have my Advance Directive in the glove compartment.  Instead, it was at home in the filing cabinet. That’s logical, right?

The paramedic who asked me if I had it in the glove compartment was clearly disappointed when I told him it was at home. Trying to bring a little levity to my spectacularly dangerous situation, and still get his point across, he grinned and asked, “How’s that working for you now, ma’am?”  He was left to figure out, not only whether I was having a stroke, but also whether there was anyone who could be contacted on my behalf.   At that moment, I was very glad and relieved that he spent his time on the medical questions, not the contact questions!

Later, at the hospital, I learned something I never learned in law school.  The emergency medical personnel who arrive to help us are trained to look in the glove compartment!! And a motor vehicle accident is the type of emergency for which you are most likely to need your Advance Directive. When you have surgery to mend a broken ankle, or you’re going through chemotherapy, you have time to remind yourself to bring your Advance Directive to your medical provider. But, that isn’t true in a car crash. Either it’s in the glove compartment, or it isn’t.

Assuming you have taken the time to complete an Advance Directive for Healthcare, I don’t want your effort to go to waste in the filing cabinet.  Put that document in the glove compartment.

Just in case you haven’t completed an Advance Directive, here is a link to the form and instructions http://aging.dhr.georgia.gov.

Resolve today, before the end of 2013, to put your Georgia Advance Directive for Healthcare in the glove compartment of your car.  This could be the easiest New Year’s Resolution you’ll ever be able to keep.

Don’t be the next wreck victim who has to hear the Paramedic say, “How’s that working for you now?”